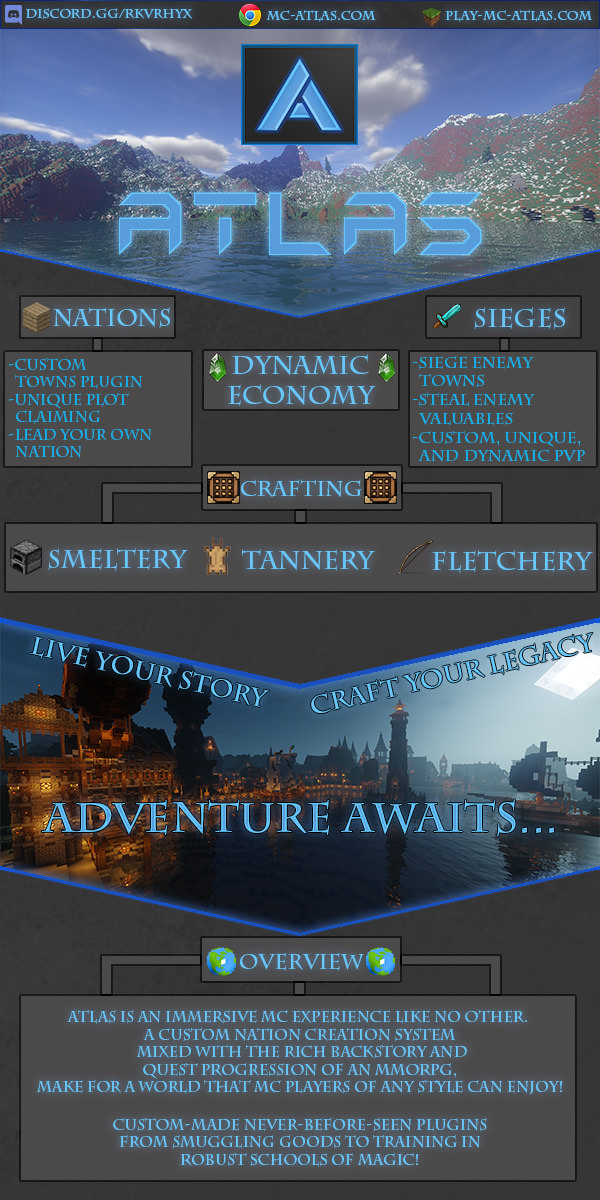 Atlas is an immersive MC experience like no other. A custom nation creation system, mixed with the rich backstory and quest progression of an MMORPG, made for a world that MC players of any style can enjoy!ï¿½Players find themselves as refugees from their ruined worlds, arriving in the world of Atlas just in time to see the resurgence of a dangerous cult, thought to be eradicated long ago. Through exploration of the unique, hand-painted world, completing the hundreds of available quests across dozens of NPC towns, and even building their own nations to compete on the world stage, players must make choices that affect their gameplay and reputation throughout Atlas and craft their own unique legacy!ï¿½Featuring a series of custom-made, never-before-seen plugins, players can do anything from discovering dozens of new ores and alloys through smelting, to training in robust schools of magic, to smuggling goods and sparking economic warfare. The possibilities are endless!ï¿½Join Atlas today and craft your legacy! Adventure awaits....
Vote for The Atlas Project